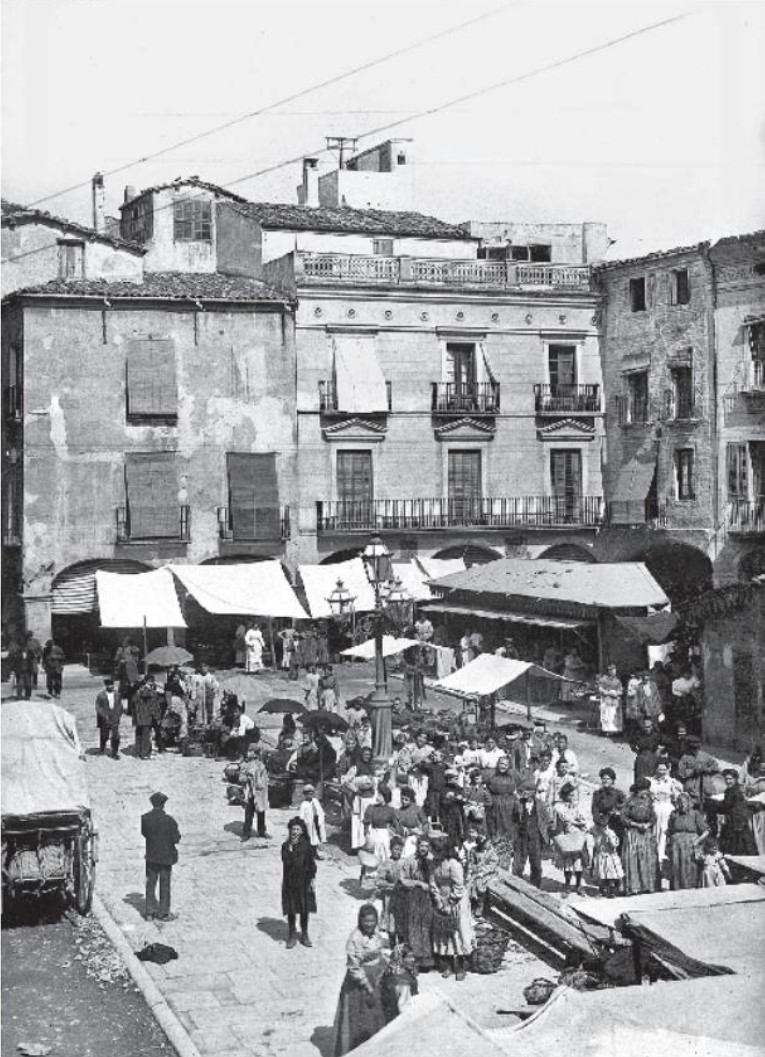 Cal Roure stands in the most desirable of locations, perched at the end of a street as unique as Carrer de l’Argent, with a façade that gazes out over the square towards the rising sun and the town hall.

In fact, of all of the buildings that flank the square, Cal Roure is the one most similar in style to the neoclassic town hall, which may have the upper hand in terms of size and the power offered by public authority, but it fails to beat Cal Roure’s artisan and popular elegance.

The house, which possibly dates from the 18th century, stands above a series of arches. Indeed, the image that instantly comes to mind is one that features large sheets and awnings draped from balcony balustrades. 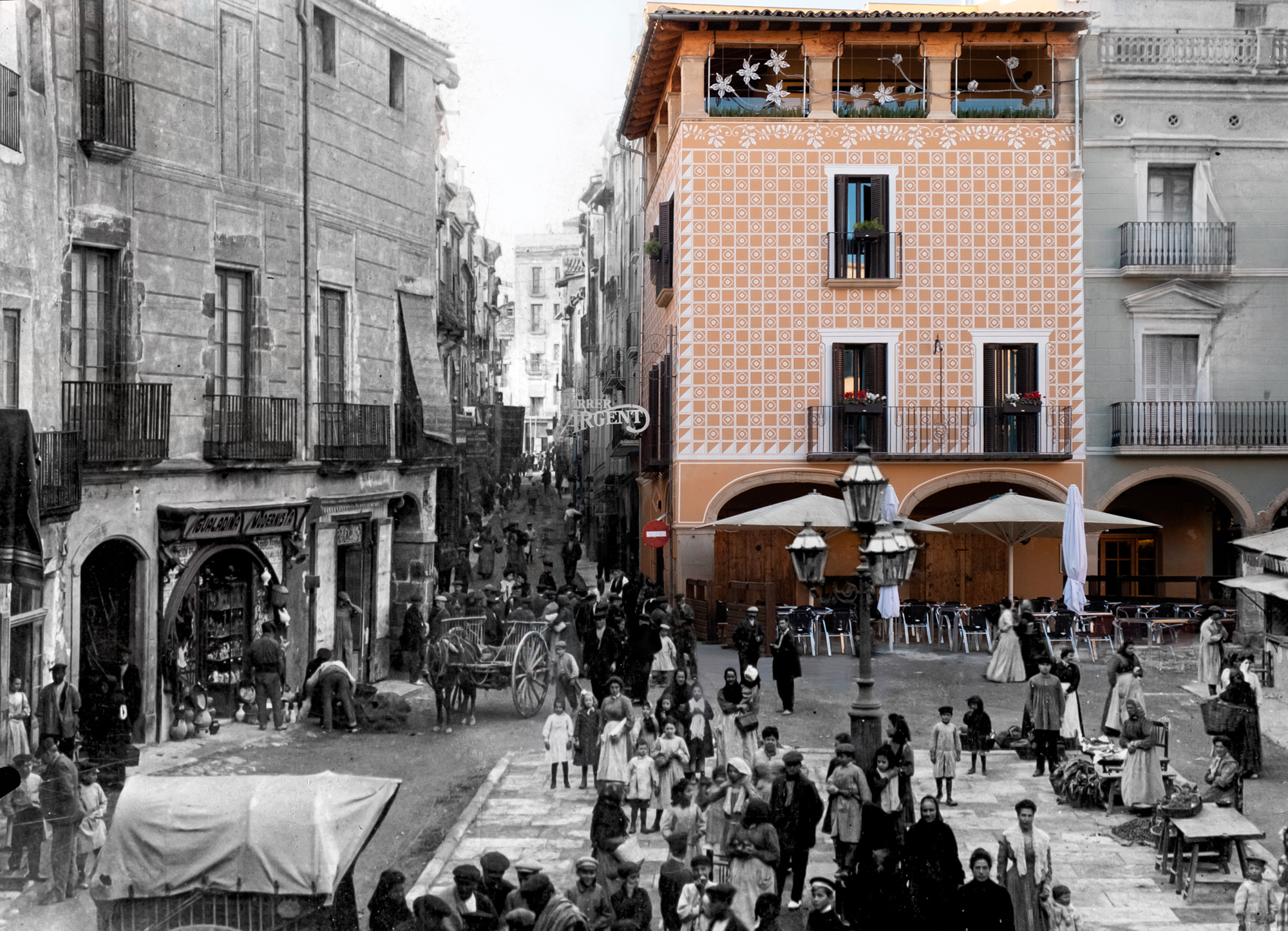 Much of the building’s current grace and charm, which is complemented so nicely by the red tones of the geraniums on display, owes to the sgraffito on the façade, which was designed by Josep Vilanova in 1970. 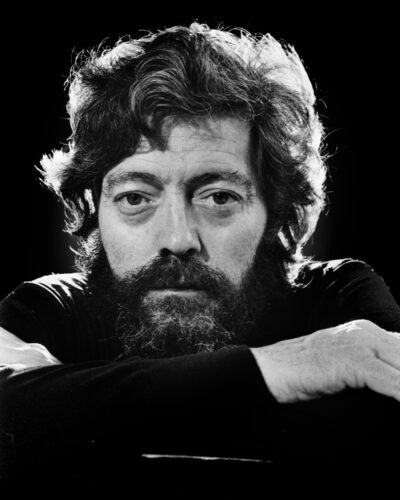 However, the stunning modern refurbishment and the discovery of an upper gallery in the attic make this the uncontested jewel in the square’s crown.

For as long back as anyone can remember, the premises under the arches have been home to commercial establishments. It was initially occupied by espadrille makers, who made the Calle de la Plata street their own and were often known to set up their work benches on the street pavements. Throughout the 19th century, the street that features the Capilla de la Guía chapel and the Capdevila archway (Plaza de la Cruz square) at one end was home to no fewer than nine espadrille crafters, who vanished literally overnight following a shift in footwear fashion.

For the next few years, Miquel Balcells’ confectionary and grocery shop, which also sold perfumes, traded on the premises. At the beginning of the 20th century, a fabric shop opened its doors, before it later went on to specialise in cloth and domestic textiles. Owned by the republican tanner Joan Valls y Cuerpo, in 1932, the shop was handed over to his sister, Engracia, up until she passed away in 1941.

It was later taken on by her daughter, María Cañameras i Valls, an elegant, beautiful woman who was the model for photographer Joan Domingo i Bisbal.

In 1932, a youthful María led a small group of women that belonged to the Igualada Athenaeum to present a bouquet of flowers to the wife of the Spanish president, Manuel Azaña, upon their visit to the town. The bouquet featured ribbons displaying the Catalan and Spanish colours and this tribute saw her come in for repeated criticism from the Franco authorities in the aftermath of the Spanish Civil war.

Married to the republican Paco Mas i Deop, the war years and exile saw their marriage break down and put paid to the dreams of María’s youth. However, one thing that did remain were the warm-coloured cloths and fabrics that suited Emília Servitge so very well.

It was that very same fabric that we mischievous youngsters gazed at through the shop window, where we stood alongside a lazy cat that basked in the sunshine at a time of the year when the cold was biting, as we joined our mother on a visit to the butchers.

Following the passing of María de Cal Roble in 1990, the fabric shop closed its doors and the premises saw a series of different restaurant establishments come and go. 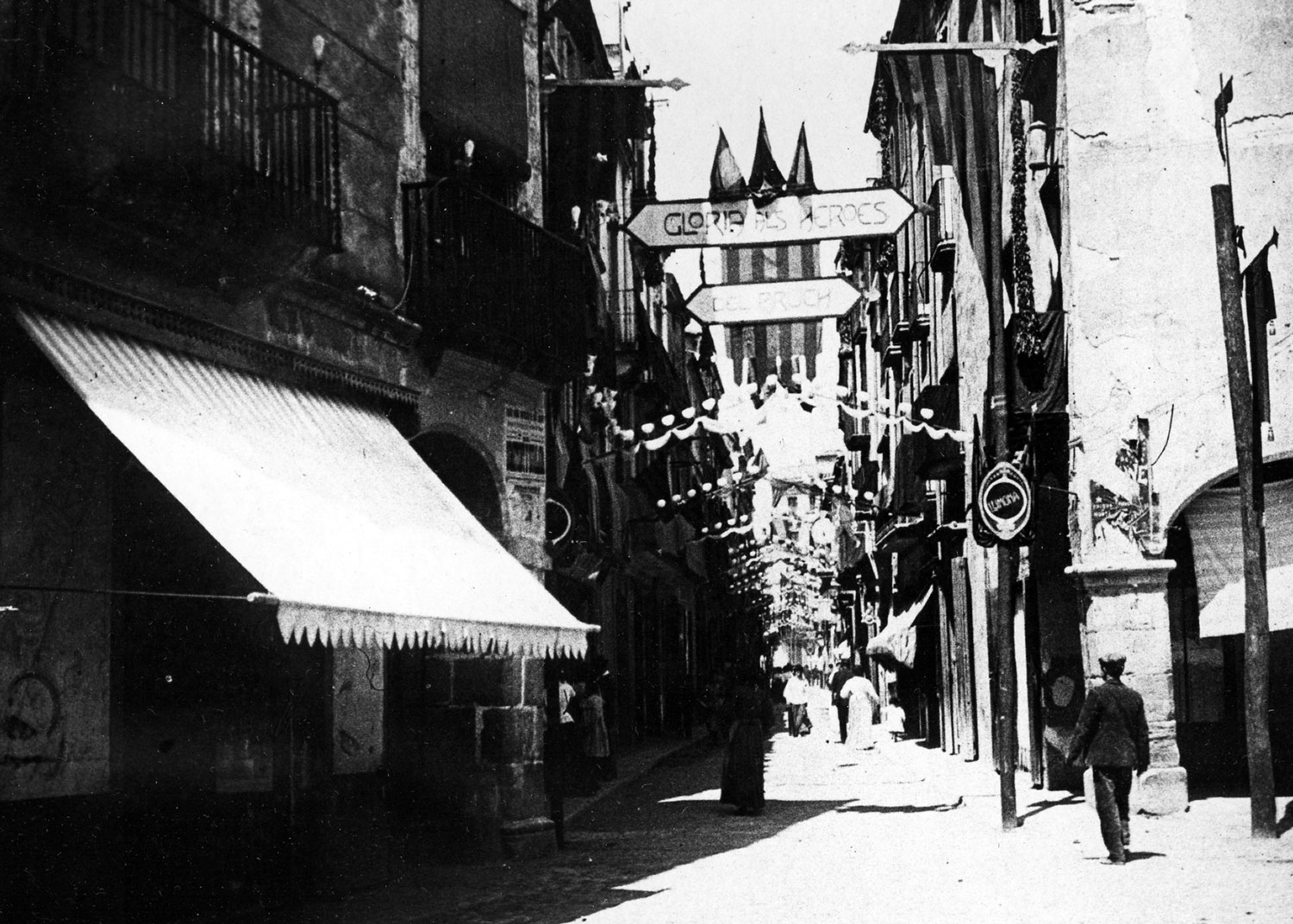 The building was awaiting a new lease of life, which it has now been given following a refurbishment of its interior that honours the previous rounds of renovations and the changes the house has witnessed over the years, whilst affording it an elegance that seeks to stand the test of time.

Contrary to popular belief, the mark left by architectural refurbishments on homes need not represent an unsurmountable issue as long as is carried out with due care and fine taste, as is the case in this instance.

Of these, cookies that are classified as necessary are stored in your browser, as they are essential for the operation of the basic functionalities of the website. We also use third-party cookies to help us analyze and understand how you use this website. These cookies will be stored in your browser only with your consent. You also have the option to disable these cookies. But disabling some of these cookies may affect your browsing experience.
Necessàries Always Enabled
Les cookies necessàries són absolutament essencials perquè el lloc web funcioni correctament. Aquesta categoria només inclou galetes que garanteixen funcionalitats bàsiques i funcions de seguretat del lloc web.
No necessàries
Cookies que poden no ser especialment necessàries perquè el lloc web funcioni i s’utilitzen per recopilar dades anònimes de sessió per obtenir analítiques de millora de l\'experiència d\'usuari. Cookies utilitzades: _ga, _gid i _gat_gtag (Google Analytics)
SAVE & ACCEPT